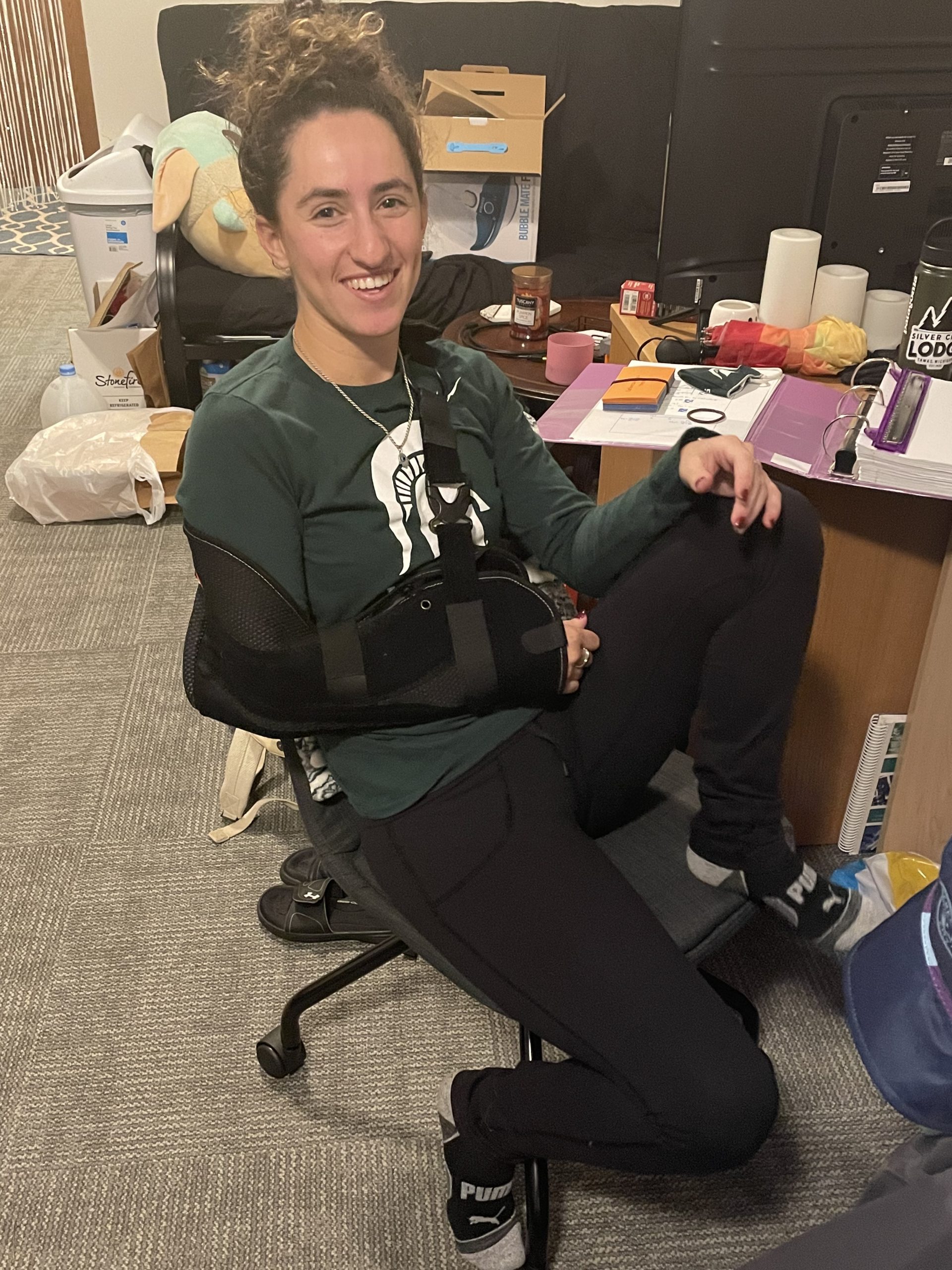 When Michigan State University student Riley Fisher started boxing in 2019, she knew she’d found her niche. Without any prior experience, Riley joined a gym while visiting South Carolina for an internship and started training four or five days a week. She even sparred with some highly ranked trainers and entered some competitions of her own.

But the fighting spirit that gave Riley her passion in the boxing ring led her to conceal something else: an old nagging injury. The wear-and-tear of years of playing shoulder-intensive sports like baseball, tennis and basketball growing up came to a breaking point a few summers ago when she was working as a caddy at a local golf course.

“I picked up the golf bag and dropped it on my shoulder,” Riley said. “It just didn’t feel right.”

Not wanting to take herself out of work for the rest of the summer, she pushed through the pain. When she started boxing, the impact of hitting the bags worsened the injury. The pandemic gave Riley some needed time off from the gym, but when she started boxing again this summer, Riley knew she had to get help for her injury.

“I finally decided it was so bad that I couldn’t deal with it anymore,” she recalls. 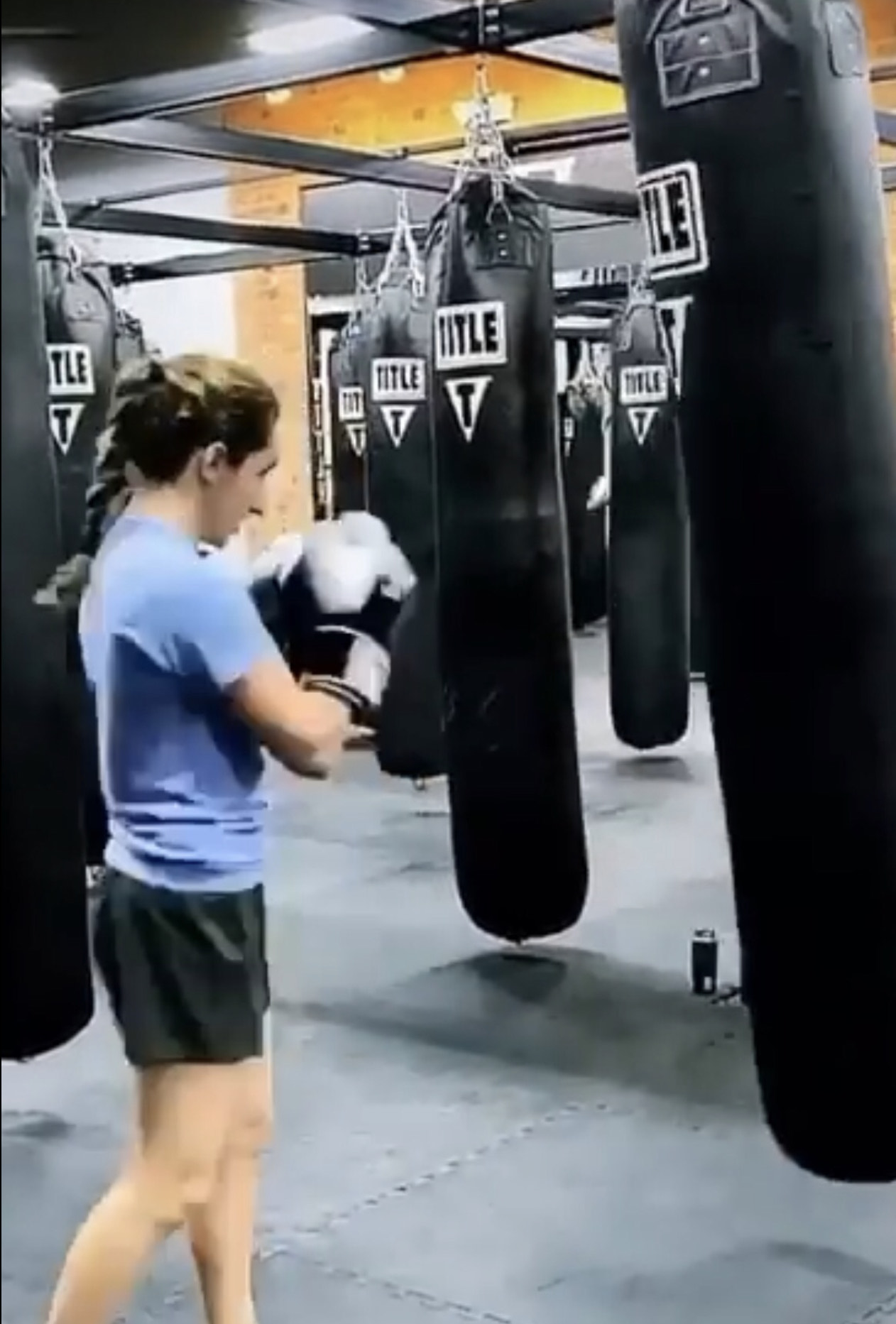 That’s where Anderson Sports Medicine comes in. Riley’s mom received shoulder surgery from Dr. Anderson a decade earlier, and her best friend’s dad saw Dr. Anderson for multiple successful orthopedic surgeries. When Riley was diagnosed with a torn labrum which was causing the ball of her shoulder to slip out of socket, Dr. Anderson and nurse practitioner Lauren Stoff sat down with her to explain exactly what was needed to fix it.

“Dr. Anderson and Lauren were so good about calming my nerves,” she says.

Riley went in for surgery July 29, and says it took less than an hour for Dr. Anderson to repair her labrum and tighten the muscles around her shoulder for stabilization.

After coming off the nerve block during the first three days post-surgery, Riley has barely felt any of the pain that used to be constant.

“I used to have pain every day,” she says. “Now I maybe have it once or twice a week, and that’s just from overusing the shoulder. It’s miraculous.”

Riley credits her quick recovery to Dr. Anderson’s physical therapy program, which she says allows her to work back into shape as she feels comfortable with restrictions only on weights rather than on motion. 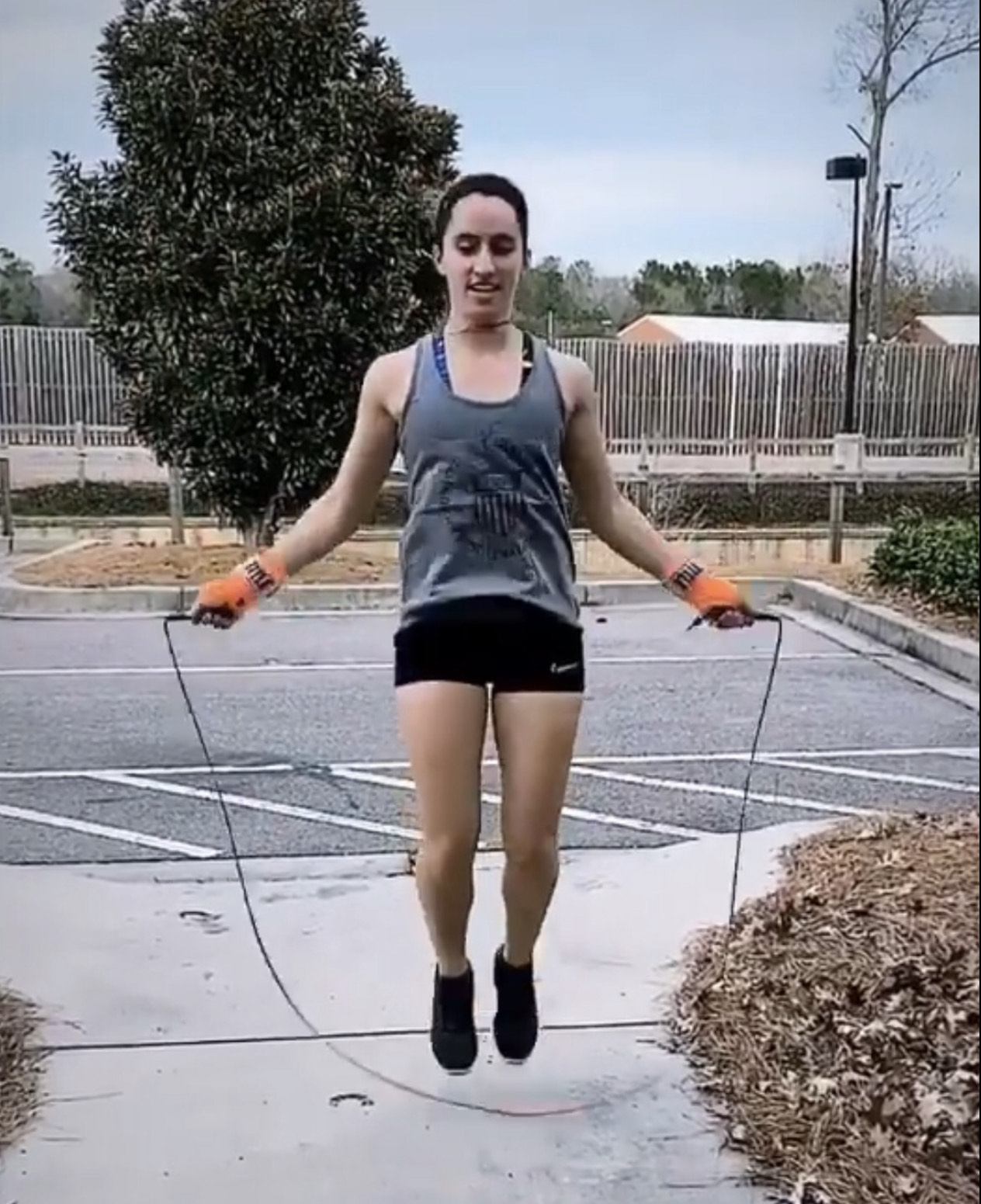 That pace is fast — she already has her full range of motion back, which Dr. Anderson said is rare at this point in recovery from labrum surgery.

“She’s doing very well,” Dr. Anderson says. “Riley is like many patients with this condition where we have to hold them back a bit. The best thing people can do to prevent this kind of injury is to maintain the strength of their rotator cuff and muscles around the shoulder blade.”

If Riley has any regrets, it’s that she didn’t seek treatment for her injury sooner.

When Riley is fully cleared in about a month, she’ll be back in the ring pain-free for the first time ever, thanks to Anderson Sports Medicine.